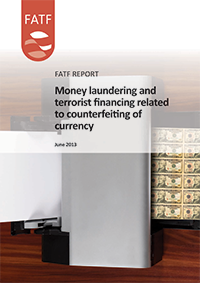 The menace of counterfeit currency is a global phenomenon. Related criminal activity has the capability to generate high profits and is often linked to other types of criminal activities such as trafficking in drugs and racketeering. Currency counterfeiters continue to improvise and take advantage of new technologies to keep pace with regular periodical changes in currency design and security features.

Producing counterfeit currency has always been a high profit crime and one that exists ever since money was introduced as a means of exchange.  The circulation of counterfeit currency can seriously destabilise a country’s currency and as such represents a serious threat to national economies.