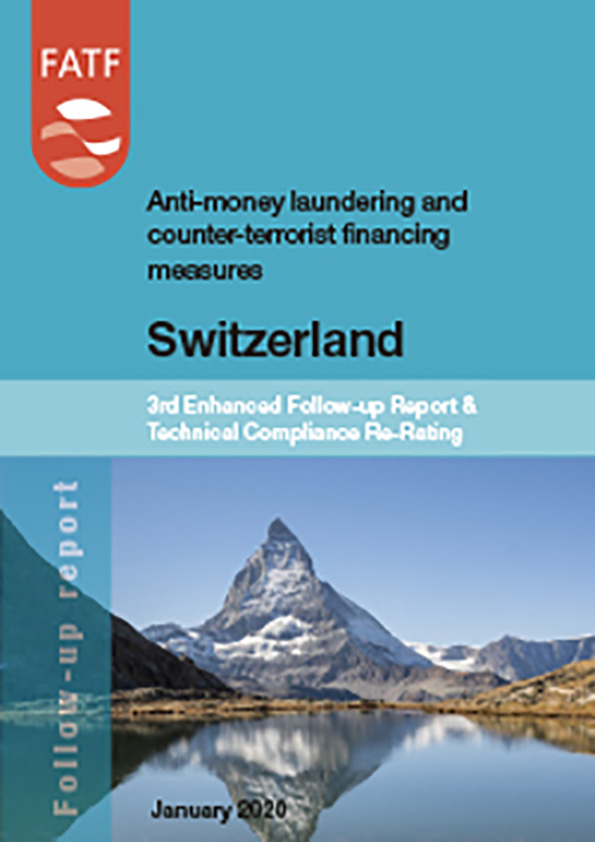 Paris, 13 February 2020 - Since the 2016 assessment of Switzerland’s measures to tackle money laundering and terrorist financing, the country has taken a number of actions to strengthen its framework.

To reflect Switzerland’s progress, the FATF has now re-rated the country on the following Recommendations:

The FATF also maintained the rating of compliant for Recommendation 7 (Targeted financial sanctions related to proliferation).

Switzerland will continue to report back to FATF on its progress.