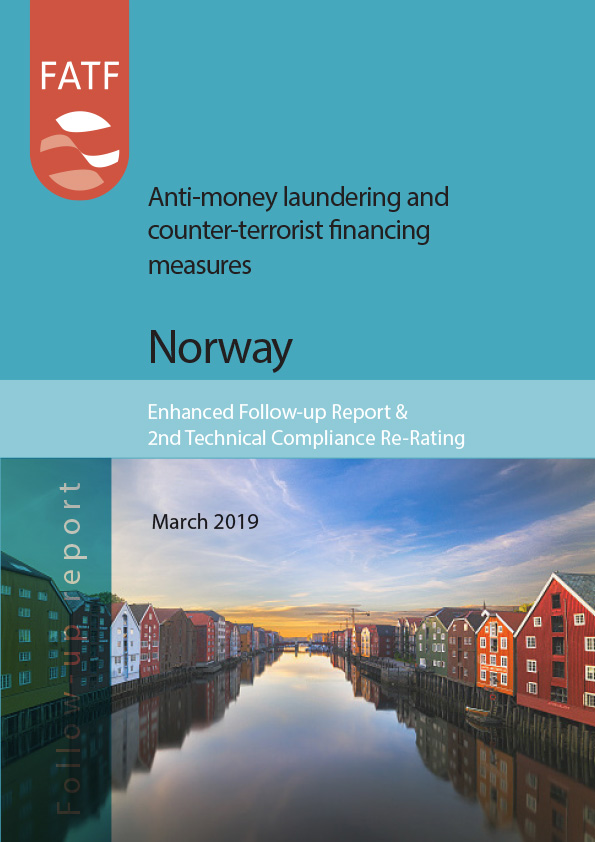 Norway has been in an enhanced follow-up process following the adoption of its mutual evaluation in 2014. In line with the FATF Procedures for mutual evaluations, the country has reported back to the FATF on the progress it has made to strengthen its AML/CFT framework in Norway's progress in strengthening measures to tackle money laundering and terrorist financing and March 2019, respectively. In March 2018, the FATF already re-rated Norway on 8 of the 40 Recommendations.

This follow report analyses Norway’s additional progress in addressing the technical compliance deficiencies identified in the mutual evaluation report since its 2014 mutual evaluation and the March 2018 follow-up report. To reflect the country’s recent progress, the FATF has now re-rated Norway on 13 of the 40 Recommendations:

Norway has made good progress in establishing the legal, regulatory and operational framework required by the FATF. Today, Norway remains partially compliant on 5 of the 40 Recommendations. On the remaining 35 Recommendations, the country is either Compliant or Largely compliant. Norway will continue to report back to FATF on its progress.