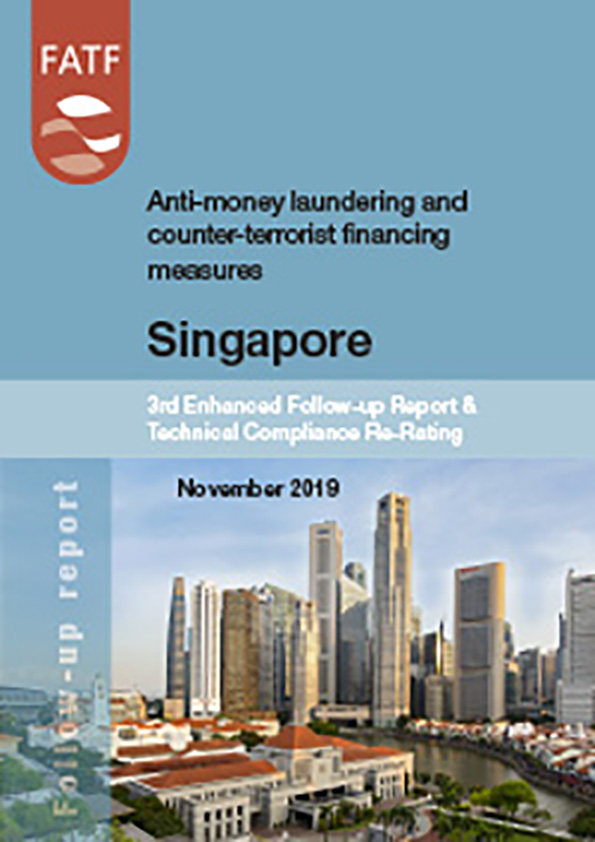 18 November 2019 – Since the 2016 assessment of Singapore’s measures to tackle money laundering and terrorist financing, the country has taken a number of Follow Up Report Singapore 2019

Singapore has been in an enhanced follow-up process following the adoption of its mutual evaluation in 2016. In line with the FATF Procedures for mutual evaluations, the country has reported back to the FATF on the action it has taken since then.

To reflect Singapore’s progress, the FATF has now re-rated the country on the following Recommendations:

23 – DNFBPs: Other measures from partially compliant to largely compliant

Singapore will continue to report back to FATF on its progress.