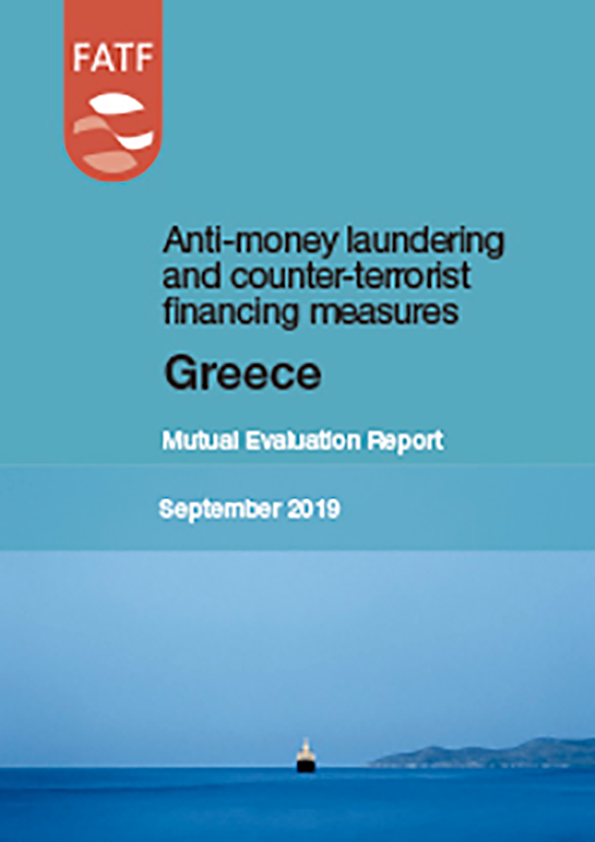 Paris, 3 September 2019 - Greece has the foundations for effective action against money laundering and terrorist financing. However, it needs to improve prosecution of these crimes and focus more on the risks that face the non-financial sector.

Greece completed its first comprehensive national assessment of money laundering and terrorist financing risks in 2018 and has a good understanding of the risks it faces. The lucrative drug trade in Greece is one of the most important money laundering risks the country faces. Other risks include corruption and smuggling of migrants. The country’s terrorist financing risks come primarily from domestic terrorist groups.

Greece has a particularly strong legal framework to fight these crimes which needs only minor improvements to meet the FATF requirements.

Authorities work together effectively, making good use of financial intelligence. Greece is effectively using tools to disrupt terrorist financing, and seize and freeze criminals’ assets but delays can prevent effective money laundering prosecution. Greece should also prioritise the investigation and prosecution of money laundering as a standalone offence.

Greece authorities actively co-operate with foreign counterparts to both share information and to build their own cases for investigation.

The Greek banking sector understands its potential exposure to crime or terror related transactions and is effectively supervised using a risk-based approach. However, without detailed guidance, lawyers, tax advisors and other non-financial entities do not fully understand the risks they face. Supervision of this sector is often inconsistent, including the sanctioning of entities that fail to implement the required measures to prevent criminals and terrorists from using their services.

Greek investigators have access to a database of up-to-date beneficial ownership information of legal persons as well as other databases. However, it is difficult to obtain timely and accurate ownership information concerning the Greek shipping industry, which frequently uses higher risk bearer shares and complex structures involving offshore locations.

The country takes effective action in several areas, however, it needs to strengthen its risk-based approach to supervision and implementation of preventive measures, prosecution of money laundering, confiscation, and preventing misuse of legal structures and the non-profit sector.

The FATF adopted this report at its June 2019 Plenary meeting.