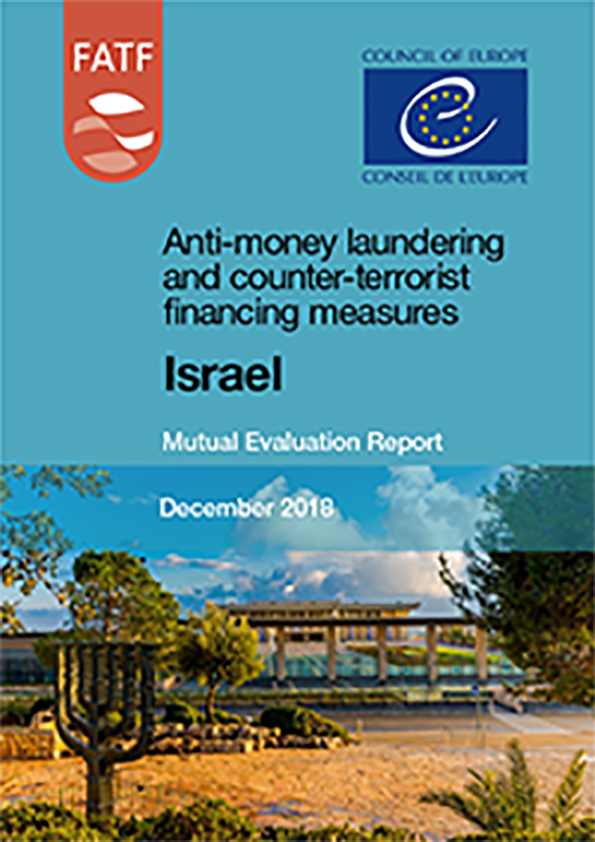 Paris, 10 December 2018 – Israel is achieving good results in identifying and responding to its money-laundering and terrorist financing risks, but needs more focus on supervision and preventive measures.

Due to its geographic location, Israel faces a particularly high terrorist financing risk from sources outside Israel, while fraud, tax offences, organised crime, public sector corruption and the use of cash are among the sources of money laundering risk for the country. Israel has successfully identified and understood these risks, which is reflected in the country’s anti-money laundering and counter terrorist financing (AML/CFT) policies and activities.

Israel has demonstrated its ability to identify, investigate and disrupt terrorist financing activity at an early stage using a wide range of effective instruments and mechanisms, as well as effectively prosecuting, and convicting those involved. However, it must improve its coordination on preventing the misuse of non-profit organisations for terrorist financing, in particular by increasing its resources to register and supervise these organisations.

Israeli authorities, including the financial intelligence unit and law enforcement, are successfully co-operating and using financial intelligence and other information to pursue money laundering and terrorist financing investigations and prosecutions. Authorities also co-operate well with international counterparts, given that most of the large domestic money laundering cases have international links and the country faces a high terrorist financing threat from abroad. Israel actively makes and responds to requests for international cooperation although some issues have arisen with delays to execute such requests.

Israel has made it a high-level priority to deprive criminals of their illicit gains and has demonstrated that it is doing so effectively with an average of over EUR 24 million per year in confiscations.
Financial institutions and their supervisors have a good understanding of the money laundering and terrorist financing risks they face, but this understanding is weaker in the money service business sector. However, there has recently been a significant increase in this sector’s reporting of unusual activity. Financial supervisors generally have not yet developed a full risk-based AML/CFT-specific supervision. Israel has not included real estate agents, dealers in precious metals, and trust and company service providers in its AML/CFT system, and lawyers and accountants are not required to report suspicious transactions. The supervisors of designated non-financial businesses and professions are at an early stage in the development of a risk-based model for supervision.

Israel has developed an AML/CFT system that is sound and effective in many areas, and achieves good results in tackling money laundering and terrorist financing. The country has also achieved good results in understanding the risks it is exposed to, investigating and prosecuting money laundering and terrorist financing, including through the effective use of financial intelligence, depriving criminals of the proceeds of crime, and depriving terrorists and terrorist organisations of assets and instrumentalities. However, Israel needs to introduce major improvements to strengthen supervision and implementation of preventive measures.

With the publication of this assessment, Israel has met the FATF’s membership requirements and has become an Israel becomes a member of the FATF of the FATF with immediate effect.

Israel becomes a member of the FATF