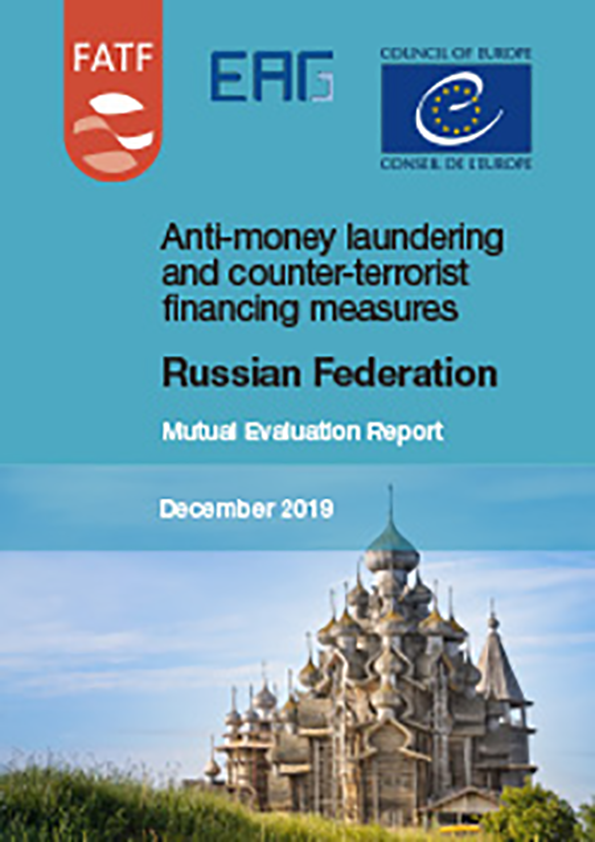 Paris, 17 December 2019 - The Russian Federation (Russia) has an in-depth understanding of its money laundering and terrorist financing risks and has established policies and laws to address these risks, but it should enhance its approach to supervision and prioritise the investigation and prosecution of complex money laundering cases, especially concerning money being laundered abroad.

Russia recognises that it faces significant money laundering risks as a result of the proceeds of crimes committed within the country, in particular those related to corruption and its role as both a transit and destination country for narcotics trafficking. A national risk assessment, complemented by in-depth knowledge of relevant law enforcement agencies, has allowed the country to identify and understand its risks, including terrorist financing risks. Russia’s legal framework appropriately addresses these risks and the country has formal policies in place, supported by strong domestic co-ordination and co-operation, to combat money laundering and terrorist financing. However, the country needs to address gaps in its ability to freeze, without delay, assets linked to terrorism, financing of terrorism and proliferation of weapons of mass destruction, and ensure that this freezing obligation extends to all natural and legal persons.

In general, Russia cooperates with foreign counterparts, including through more than 100 international co-operation agreements with its financial intelligence unit, Rosfinmonitoring. Authorities make excellent use of financial intelligence, based on a wealth of collected data and analysed with sophisticated technologies to contribute to money laundering and terrorist financing investigations. While the country has prioritised getting money back for the victims of crimes – around EUR 816 million per year – it needs to focus more on the investigation and prosecution of complex money laundering cases, especially concerning money being laundered abroad.

Russia has strengthened its oversight of the banking sector and has now mitigated the risks of criminals being the owners or controllers of financial institutions. However, deficiencies in licensing remain and the sanctions for banks that do not comply with AML/CFT requirements are not effective or dissuasive.

In general, financial and certain non-financial entities such as accountants and auditors, have a good understanding of how their services could be used to launder the proceeds of criminal activity or terrorist financing, but given that Russia is a significant centre for mining precious metals and stones, this sector’s understanding of risk is not in line with the country’s risk assessment.

Since its last assessment in 2008, Russia has strengthened its understanding of the money laundering and terrorist financing risks it faces and has developed a robust legal framework to address them. The country has taken a number of actions that have delivered concrete results. But, the country needs to address the areas of weakness this report has identified.

The FATF adopted this report at its October 2019 Plenary meeting.

Unofficial translation of the Mutual Evaluation - Russian Federation 2019, provided by the International Training and Methodology Center in Russia.