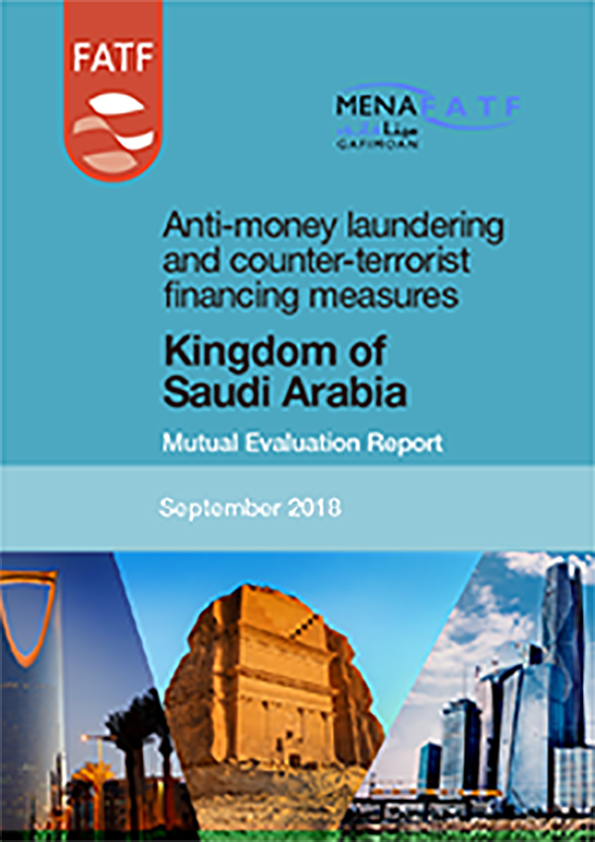 Mutual Evaluation of the Kingdom of Saudi Arabia - 2018

Paris, 24 September 2018 – The Kingdom of Saudi Arabia is achieving good results in fighting terrorist financing, but needs to focus more on pursuing larger scale money launderers and confiscating their assets.

The FATF and the Middle East and North Africa Financial Action Task Force (MENAFATF) jointly conducted an assessment of Saudi Arabia’s anti-money laundering and counter-terrorist financing (AML/CFT) system.  The assessment is a comprehensive review of the effectiveness of a country’s AML/CFT system and its level of compliance with the The FATF Recommendations.

Saudi Arabia recently made fundamental changes to its AML/CFT regime to bring its legal and institutional framework in line with up-to-date FATF Recommendations.  Given the recent introduction of some of these measures, their effectiveness cannot yet be demonstrated.

Two separate national risk assessments have provided the country with a solid understanding of the money laundering (ML) and terrorist financing (TF) risks it faces.   Financial institutions generally understand their ML/TF risks, and are applying preventive measures such as customer due diligence, record-keeping and verification of beneficial ownership. This is largely the result of an effective and proactive supervision of this sector. However, the lack of suspicious transaction reports, in particular on suspected cases of terrorist financing, is a concern. Money exchangers, real estate agents, accountants and other designated non-financial businesses and professions do not fully understand the ML/TF risks they are exposed to, with a correspondingly low level or number of suspicious transaction reports.

Saudi Arabia’s financial intelligence unit is not able to conduct sophisticated financial analysis, although it does provide a wide variety of information that is available to and used by competent authorities.  While money laundering investigations have increased in recent years, Saudi authorities are not investigating and prosecuting money laundering in a proactive fashion, particularly when it comes to complex money laundering schemes. They do not systematically pursue confiscation of proceeds.